This week brings my third edition of Throwback Thursday. I have decided to look at a series I read for the first time around six years ago. 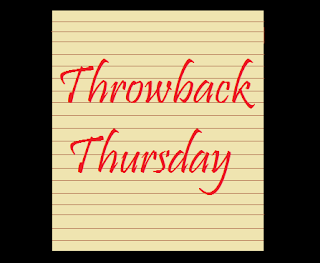 The Inheritance Cycle by Christopher Paolini is one of my favourite series of books. I first came across the series through the movie, Eragon. I liked the movie and then found out that it was based on a book, so I went out and found a copy, which just so happened to be in my High School Library. I read it, and absolutely loved them. It was one of those times when you just go, “What on earth did you do to the movie?” and now I can barely sit through the movie!

I love dragons and the idea of a dragon having a connection with a person, whether they be elf or human, was really fascinating to me. I also loved that there were fierce, wild dragons that were the typical image of dragons. Saphira was certainly one of my favourite characters, I even named my cat after her. I loved how she was witty and independent of Eragon, in some ways, and how she both taught Eragon and learnt from him. I think that their relationship is perfect for two young characters starting out in a world that they are unfamiliar in.

Talking of favourite characters, I loved Brom. He was so mysterious and complex. He was wise and a great teacher for Eragon. *SPOILERS* I also loved how he kept adding to the storyline even after his death and the fact that he was Eragon’s father really added to the story and I think explained some questions about his relationship with Eragon *END OF SPOILERS*. I also loved Angela. She was so cheeky and nosey, and she always seemed to be in the right place at the right time.

My favourite book of the four would probably by Eragon because it was a brilliant start to the series and really set the scene for the rest of the series. I also really enjoyed the second, Brisingr, because of the revelations that it brings. My least favourite would be the third, Eldest, because it was a little slow going. I really enjoyed the last book, but the end annoyed me somewhat.

*SPOILERS FOR INHERITANCE* Of the couples in the book, Nasuada and Murtagh would be my favourite, even if they didn’t end up together at the end. Actually the fact that they didn’t end up together and neither did Arya and Eragon really frustrated me. I loved Nasuada and Murtagh because I felt that they each brought out the best of each other and also brought out their softer sides. I loved that it was because of Nasuada that Murtagh’s real name changed and released him for Galbatorix’s control *END OF SPOILERS*.

I recommend these books to anyone who enjoys magic, dragons and the like, particularly if you like Lord of the Rings. If you have watched the movie and haven’t read the books, don’t let the movie put you off.

Up next: Review: Eternal edited by P.C. Cast
Posted by Unknown at 5:21 pm